Battle for the Planet of the Apes Poster

hey everyone,
mondo just released their planet of the apes series which i was honored to be a part of.here is some close ups of my print.the whole idea of the drawing is based on Dürer's classic Cain slaying Abel woodcut.In BFTPOTA we witness for the first time that an ape broke the most important taboo "ape shall not kill ape".
the moment this happens the apes realize they have fallen from grace and their moral superiority is lost.they have fallen to the level of mankind because they have spilled blood of another ape,one of their brothers so to speak.i wanted my print to look like an old illustration from an ape "bible".the ornament consists of depictions of the lawmaker and the lawgiver,the two foundations of the ape religion if you can call it that.
anyway,here's the close ups: 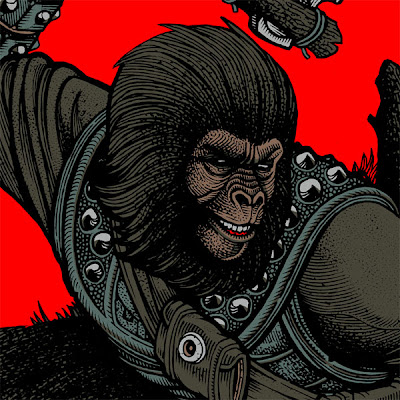 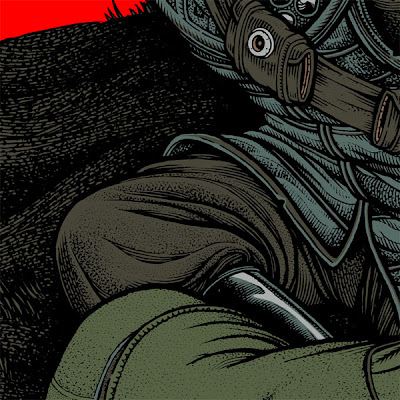 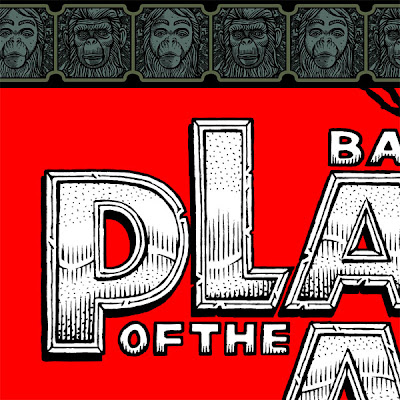 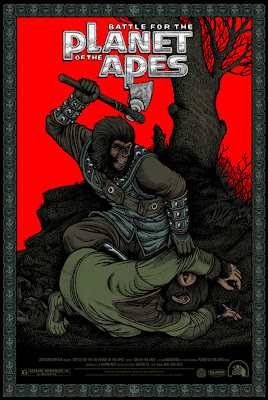