Today I can finally anounce my latest collaboration with my fav high-end Japanese and American denim retail store, the infamous Self Edge from San Francisco.The denimheads among you already know about them being one of the first retailers bringing japanese denim to the west.
When I found out the were fans of my work we decided to work on a series of T-shirts together.
These shirts are without a doubt the pinnacle in terms of cut and quality made by japanese denim brand The Flat Head.
There are two designs.The first one called "Teufelshund" features Self Edge owner Kiya Babzani's dog Diesel.The whole design is a reference to ww2 USMC.
The germans in ww1 feared the US Marines so much they named them Teufelshunde - which means devil dogs, allegedly because of their bulldog tenacity and fighting spirit.Ever since then this nickname stuck with the Marines and they have adopted it as their motto.
Since I wanted to base my design on something ww2 related my initial idea was to design an emblem in the tradition of old ww2 bomber units but in the end I combined the two and voila' - the Teufelshund!
Diesel is wearing a ww2 USMC helmet with dog tags and sporting an eagle and a devil wing. 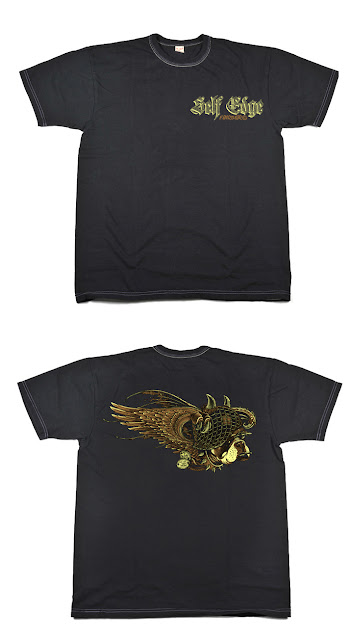 The second design is an hommage to 60's kustom kulture/hot rod especially Ed "big daddy" Roth.
The sewing machine on the hood of the car is called a Union Special,which is used for hemming high end denim in a so called chain stitch.These machines are extremely rare nowadays and are almost iconic in the denim universe.A true denim fanatic will instantly know what this machine is.
After I had finished the design I found out I drew one of Self Edge's employees without knowing it - Casey Wisenbaker.Look him up or visit him at Self Edge LA! 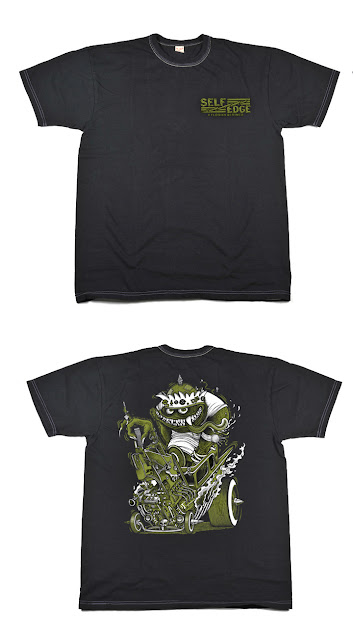 You can get these and more cool shit HERE! 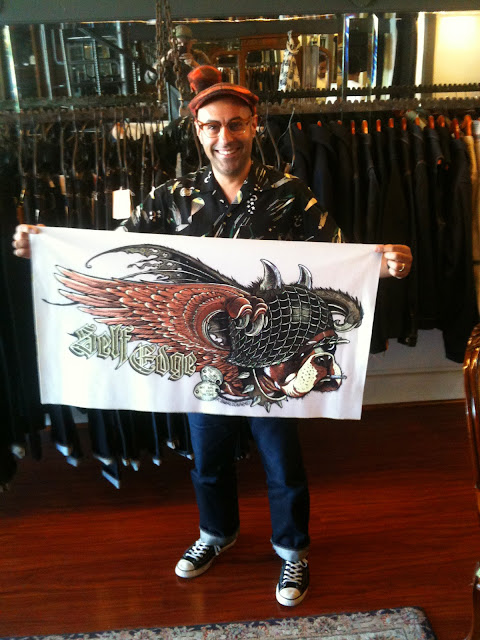